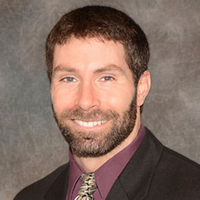 Ryan of East Suburban Sports Medicine received his Bachelors of Science degree with an emphasis in Athletic Training from Duquesne University in 2005. At Duquesne University, he also received his Performance Enhancement Certification through the National Academy of Sports Medicine (NASM). In 2003 he then added his Corrective Exercise Specialist certification with the NASM as well.  While expanding his medical training and education, he has been an athletic trainer with ESSMC since 2005. He is currently seeing patients in our ESSMC Murrysville facility. And in addition to working in ESSMC's Athletic Trainers department, he oversees all athletic training services for the Plum Borough School District. Ryan lives in Plum Borough with his wife Jayme. He enjoys riding motorcycles and fitness. In addition to being an athletic trainer, Ryan has been a personal trainer since 2004. He specializes in improving athletic performance but has worked with people with many goals, from assisting with weight loss to helping improve the overall quality of life.