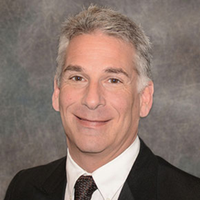 particularly enjoys treating the recreational athlete, the active older patient population, and the athletes engaging in competitive sports.   He received his Master of Physical Therapy degree from the University of Pittsburgh in 1993. He is a 1987 graduate of the Penn State University Athletic Training Program where he was a student athletic trainer for the 1986 Penn State National Championship Football team.  Currently, he is an athletic trainer for the Plum School District, where he has treated injured athletes for over 23 years. He is also an active member of the American Physical Therapy Association (APTA), as well as a member of the National Athletic Trainers Association. Matt is also a clinical instructor for Gannon University, St. Francis University, Findlay University, Misericordia University, and the University of Pittsburgh. He also coordinates the shadowing/volunteer program for potential physical therapy students. Outside of work, his interests include playing recreational ice hockey and running. He is the proud father of three daughters.