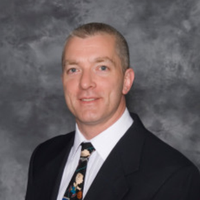 David of East Suburban Sports Medicine is a 1989 graduate of the University of Pittsburgh with a dual major in physical therapy and athletic training. At Pitt, he was involved in athletic event coverage for football, men’s basketball, wrestling, gymnastics, and the Pittsburgh Marathon. In 1992 he received a master’s degree in Orthopedic and Sports Physical Therapy from the University of Indianapolis. He received a Credentialed Clinical Instructors certification by the American Physical Therapy Association (APTA) in 2011. In 1994 David was awarded a Clinical Specialist certification in Sports Physical Therapy by the American Board of Physical Therapy Specialist and a certificate in Orthopedic Manual Therapy. In addition to providing orthopedic and manual therapy services at our ESSMC Monroeville office, David functions as our Director of Qualifications, overseeing all continuing education for the entire practice. Throughout his career, David has also provided athletic training services to multiple organizations, including the Keystone State Games, Pittsburgh Marathon, and multiple school districts. David has also served as an adjunct instructor for Duquesne University in the Athletic Training Education Program. He is currently a clinical instructor for the University of Pittsburgh in the Department of Physical Therapy. He resides in Monroeville and is very involved with St. Bernadette’s Parish and the Gateway High School soccer and basketball programs.